The difference between state and federal drug charges 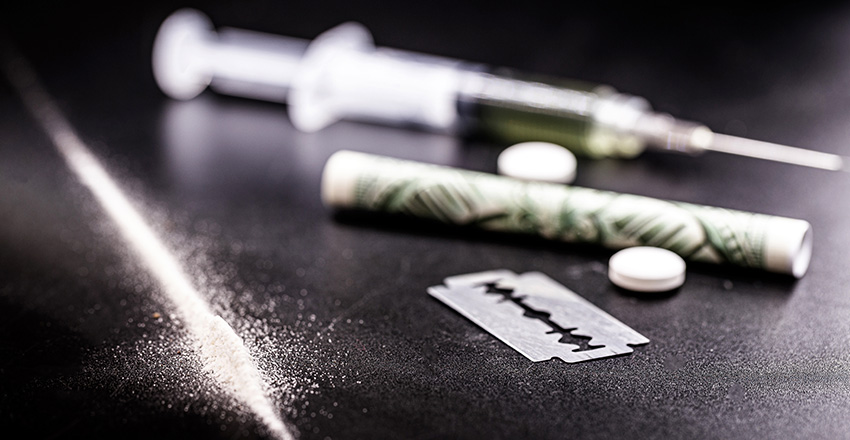 State and federal drug charges typically refer to the possession, manufacturing, and/or sale of controlled substances like marijuana, cocaine, methamphetamine, ecstasy and heroin. If the drug is illegal (like cocaine for instance), charges are usually more serious. If the drug is legal (such as methamphetamines, which can be used to treat behavioral disorders), the drug can be ruled as illegal if it is being abused. Lawmakers regulate the use (and abuse) of drugs, as well as the manufacturing and sales of these controlled substances.

While a simple drug charge, such as marijuana possession, might seem like no big deal, it can go on your record and follow you for years to come. While some drug charges are more serious than others, it’s important that you know the differences between state and federal drug charges, and what your legal options are should you find yourself facing such a charge.

While federal law prohibits the use of many drugs, each state also has its own regulations. In North Carolina, drug laws tend to be more rigid and carry heavier penalties than other states, especially for drugs like marijuana that are illegal in North Carolina, but legal elsewhere.

When it comes to state drug charges, people are usually charged with possession. The punishment for possession will depend on the type of drug and the amount of the drug found.

A drug offense in North Carolina can be classified as either a misdemeanor or a felony depending on the schedule of the drug, the amount of the drug, and other factors. Punishments also take these same factors into consideration, in addition to whether the charge is a first, second, third, etc. offense. Misdemeanors usually include a modest fine or short jail time, but will go on your record. Felonies carry larger fines and longer prison time and will also go on your record.

The most common federal drug crime is trafficking, since it usually involves crossing state borders. Trafficking is the manufacturing, distribution, or sale of illegal substances. Penalties for trafficking are harsher than penalties for possession.

Most drug arrests are done on the local level, but anyone arrested for a drug crime can be charged in state or federal court, since drugs are illegal at both the state and federal levels. More than likely, you will be charged with a state drug offense, but if you find yourself in proximity to national monuments or on national land, you could be arrested by a federal officer. Additionally, being picked up by the DEA or informed on by another person generally guarantees being charged with a federal drug offense.

It’s important to note that a person can be charged with trafficking, possession, manufacturing, or the distribution of controlled substances under either federal or state law. Your charge under state or federal law will usually depend on the amount of the controlled substance in question.

The importance of representation for your drug offense

Whether your drug offense is minor or major, state or federal, you need expert legal counsel to handle your case. A skilled criminal defense attorney could mean the difference between a fine or jail time, or month or years in prison. Let someone who is intimately familiar with the ins and outs of drug law help you.

Have a state or federal charge? Call Hill Law Firm.

Located in eastern North Carolina, Hill Law Firm has a long legacy of helping people from all over the state face their federal and state drug charges head on. With years of experience, the attorneys at Hill Law Firm are intimately familiar with these types of offenses and can help you obtain the best outcome for your case.

If you’re facing a federal or state drug charge, get in contact with our attorneys today and schedule a free initial consultation. Call us at (252) 758-1403 to learn more.